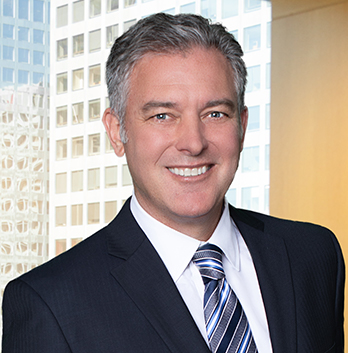 Defended City of Monterey Police Department on claims of whistleblower retaliation by a police officer who alleged he complained of an illegal arrest and citation quota and was targeted for continuous adverse action resulting in constructive discharge. Defense showed there was no adverse action and no retaliation, and that any criticisms and increased supervision resulted from officer’s poor performance. Obtained a complete defense verdict at trial.

Defended California Highway Patrol and several CHP officers in a wrongful death/excessive force case. A driver refused to exit his vehicle for a DUI check, and assaulted an officer. When out of the car and ordered to surrender by two officers and a K-9, the driver refused and threatened to fight. When the K-9 was released, the driver strangled and pummeled the dog, requiring officers to use a Taser and go hands-on to subdue him. After other officers arrived and the suspect was handcuffed, he resisted the escort to a patrol car and resumed fighting, requiring another takedown. The driver continued to resist against several officers on the ground until the exertion caused cardiac arrest. Plaintiffs alleged excessive force, including the K-9 release and that one officer applied a knee to the suspect’s neck while on the ground causing death by asphyxia. Decedent’s estate and heirs sued under 42 U.S.C. § 1983, and asserted state law claims of battery and negligence. Defense showed that the force used was reasonable under the circumstances. Obtained a complete defense verdict at trial.

Defended California Highway Patrol and three CHP officers in a wrongful death shooting case. A driver led officers on a high-speed pursuit before crashing his vehicle. The driver was ordered to show his hands and exit the vehicle. Upon exit, the driver shouted profanity at the officers and conspicuously held his right hand and arm behind his back. Despite being ordered to “get down on the ground”, the driver advanced on the officers and moved his right hand and arm as if drawing a weapon from his rear waistband which caused the officers to open fire. The driver was hit with approximately 18 rounds and killed. The officers admit they never saw a gun and the driver did not have a gun. Decedent’s heirs sued under 42 U.S.C. § 1983, and asserted state law claims of battery and negligence. Defense showed that the deadly force was reasonable under the circumstances. Obtained a complete defense verdict at trial.

Defended a senior CalTrans supervisor on claims of racial harassment, discrimination, and retaliation. Asian plaintiff, a 25-year supervising engineer for CalTrans, claimed that his newly promoted Middle Eastern supervisor systematically harassed and discriminated against him and several other Asian supervisors, and that he and the other supervisors were retaliated against with disciplinary action when they complained in writing to top CalTrans executives. Defense showed that there was no racial motivation and that discipline resulted from poor performance. Obtained a complete defense verdict at trial.

Defended the CDCR and an individual supervisor on claims of false imprisonment and intentional infliction of emotional distress by a 20-year veteran correctional lieutenant. Plaintiff claimed that a verbal dispute over policy led his supervisor to lock him in an outdoor sally port in extreme heat to prevent his departure from the prison. Plaintiff alleged severe back injury and mental distress as a result of his escape attempts, and was disability retired based on health provider ratings of permanent orthopedic and psychological injury. Plaintiff claimed economic loss of approximately $700,000 and unspecified non-economic injury. Obtained a complete defense verdict at trial.

Defended CDCR and an individual CDCR Lieutenant on claims of race and gender discrimination, assault and battery. Obtained a defense verdict for CDCR and a token finding against individual defendant. Negotiated post-trial for no judgment taken, dismissal with prejudice, and waiver of appeal by Plaintiff.

Represented the San Diego Unified Port District, a governmental entity created by joint agreement of the five cities adjacent to San Diego Bay, on multi-million dollar claims of discrimination, retaliation, harassment, and constitutional violations against Hispanic police officers. Obtained trial verdicts in favor of the Port District on all claims.

Represented the largest construction crane company in the world, based in Pennsylvania, against claims of wrongful termination and breach of contract by one of its operators. Obtained a complete defense verdict at trial.

Represented an engineering firm defending against claims by two employees of same sex harassment, retaliation, wrongful termination and other claims. Obtained a defense verdict on all claims.

In a heavily publicized and internationally litigated set of cases, represented an employee of a celebrity defendant on claims of harassment, wrongful termination and retaliation. Successfully defended the employee at trial against opponent’s claims of blackmail, theft, invasion of privacy, abuse of process, interference with business relations and conspiracy, obtaining a directed verdict on some claims and a unanimous jury verdict on the remainder. Post-trial confidential global settlement of all cases.

Represented a senior deputy district attorney on claims of pregnancy discrimination, retaliation for protected complaints, termination in violation of due process under 42 U.S.C. §1983, and civil rights violations by the San Diego County District Attorney’s Office. Obtained a jury verdict of $1.5 million.

Represented a female executive on FEHA claims of gender discrimination and breach of the implied covenant of good faith and fair dealing resulting from her termination. Obtained a jury verdict of $1.25 million.

Represented a police officer on claims of invasion of privacy and defamation after he was surreptitiously recorded on orders of his supervisors and subsequently terminated on false charges of dishonesty. Obtained a jury verdict of $600,000.

Represented a whistleblower collections agent on claims that her employer violated state and federal laws and terminated her in retaliation for her complaints. Obtained a favorable jury verdict and subsequent confidential settlement.

Civil Rights/Battery: Defended CHP and CHP officer on claims under 42 U.S.C. § 1983, and state law claims of battery and negligence resulting from an arrest of a fleeing driver.

Age and Disability Discrimination: Defended state agency against claims by an Administrative Law Judge of age and disability discrimination.

Whistleblower: Represented quality control manager on claims that he was terminated in retaliation for protesting and opposing unsafe manufacturing processes of his employer.

Whistleblower: Represented two management employees of a major U.S. corporation on claims that they were terminated for reporting extensive embezzlement of client funds.

Whistleblower: Represented a University Director of Veterinary Medicine who was terminated after threatening to expose violations of animal welfare laws by researchers.

Sexual Harassment/Battery: Defended a preschool and owner against claims by multiple employees on claims of harassment and sexual battery by owner and manager of facility.

Sexual Harassment: Represented an office administrator against the manager of a national corporation on claims that she was harassed and abused based on her gender.

Unfair Competition: Represented a national corporation to enforce contractual covenants of confidentiality and non-competition against key agent defecting to competitor, and against competitor that misappropriated confidential information learned in purchase negotiations and subsequently raided corporation’s employees.

Plaintiff alleged discrimination, harassment, and retaliation by an Arab supervisor based on his Asian race. Trial court did not abuse its discretion in excluding “me-too” evidence of discrimination against non-Asians. Judgments affirmed.

Petitioner alleged multiple deficiencies from the Ingersoll standards for a DUI checkpoint. The trial court found sufficient indicia to raise the presumption of constitutionality under Evidence Code section 664. Petitioner did not present sufficient affirmative evidence to overcome the presumption and the Ingersoll standards are guidelines rather than strict criteria. Judgment affirmed.

Disability Discrimination: Defended CDCR on claims of disability discrimination, and failure to accommodate a disability of a correctional lieutenant with substantial limitations due to an off-duty shoulder injury. CDCR decision to medically demote to a non-peace officer position upheld on appeal after five day hearing.

Sexual Harassment: Defended DOJ dismissal of a long-term employee based on a reported incident of sexual harassment/sexual assault by another DOJ employee.

Negligence: Defended CHP dismissal of a CHP officer based on officer’s poor performance and judgment in executing his duties. Officer resigned and dismissed his appeal after 4 days of hearing.

Dishonesty/Failure of Good Behavior: Defended CHP disciplinary suspension of peace officer who had forged documents to US Postal Service related to a domestic dispute with her partner. Discipline upheld in full after two day hearing.

Disability Discrimination/Failure to Accommodate: Investigated employee claims that a University Dean failed to accommodate well-known and significant disabilities and discriminated against and harassed employee for complaints of unfair treatment.

Age Discrimination: Investigated employee claims that she was not considered for promotion and not promoted because of her age, and that she was subjected to a hostile work environment based on age-related comments.

In re: C.M.
Dept. of Transportation (CalTrans)

In re: S.E.
Dept. of Transportation (CalTrans)